“When I was a prosecutor, I saw the impact a DUI could have on someone’s life. From losing your job, to losing your freedom, a DUI is nothing to take on alone. Most of the attorneys at our firm are former DUI prosecutors. We have gone through the police training on aspects of DUI’s, and have collectively handled thousands of DUI cases. It is my promise to you that we will fight on your behalf, that we will never take you or your case for granted, and that we will be here for you whenever you need us.”

If you have been arrested or charged with Driving Under the Influence of Alcohol and/or Drugs (DUI), you need a team of the best DUI lawyers in Utah to defend you. Defending a DUI is not taught in law school and most attorneys are not trained or experienced enough to handle them effectively.

At Sharifi & Baron, our DUI defense attorneys are former prosecutors who have handled hundreds of Driving Under the Influence of Alcohol and/or Drugs cases. We have received some of the same training as DUI police officers and we are not afraid to fight for you.

We have been successful at helping our clients get great results in their cases and we are ready to put our experience to work for you. Every case is different, which is why it is important to put an experienced team of DUI lawyers in Utah to work on your case right away. 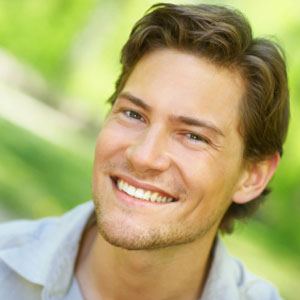 Driving Under the Influence Penalties

The penalties for Driving Under the Influence of Alcohol and/or Drugs can have a huge impact on your life. You can’t afford to take a DUI case lightly. DUI penalties can include: 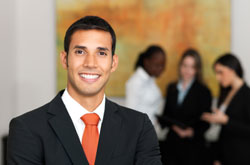 Our team of DUI defense attorneys will fight to ensure that the best result possible is attained in your case. We do not attempt to simply plea bargain and take the first deal reached with the prosecution, but fight for a dismissal. Only after all options to get the case dismissed are explored do we sit down with our clients and decide whether a deal is worth taking or whether the case is best set for a trial and fought in the courtroom.

An experienced DUI defense attorney can identify police mistakes, unreliable breath, blood, and urine tests, and other legal issues that often make the difference between successful and unsuccessful results in DUI cases. If you are facing DUI charges, you must ensure that you hire attorneys who are successful and experienced in defending DUI cases.

Most attorneys only dabble in DUI and are not equipped, trained, or experienced enough to handle the complex legal and scientific nature of most DUI cases. As former prosecutors, we are intimately familiar with the process police officers go through to make an arrest. We will make sure that if the police made a mistake, you won’t have to pay for it.

We offer flexible payment plans designed to fit your unique situation. Call now for a free consultation and speak with an experienced DUI attorney right away.

Call us toll free at (801) 656-1901 for a free initial consultation on your case. If trying to reach us during evening or weekend hours, please fill out the form on this page and an attorney will contact you within 24 hours.